Walker & Dunlop Appoints Michael Warren to Board of Directors 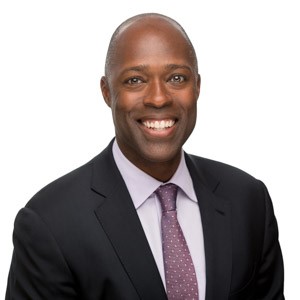 Willy Walker, Chairman and Chief Executive Officer stated, “I am extremely pleased to have Michael Warren join Walker & Dunlop’s Board of Directors. Michael has achieved tremendous success in his career as a leader in the realms of financial services, corporate strategy, and government policy. His breadth of experience and strong strategic background will add a valuable perspective to our Board, and we look forward to all that he will contribute to Walker & Dunlop as a director.”

Mr. Warren is the Managing Principal and Chief Executive of Albright Stonebridge Group, a global strategic advisory and commercial diplomacy firm, where he is responsible for growth, management, and overall strategic direction. He is currently Trustee of the District of Columbia Retirement Board, DC’s public pension fund, and serves on the Board of Trustees of the Commonfund, an institutional investment firm. Mr. Warren is also the Chairman of the Audit Committee of the Board of Directors of the Overseas Private Investment Corporation (OPIC).

During the first term of the Obama administration, Mr. Warren held the role of Senior Advisor in the White House Presidential Personnel Office. He previously worked at McKinsey & Company as a strategic consultant in the technology and financial institutions sectors and a fellow of the McKinsey Global Institute. Mr. Warren served in the White House during the Clinton administration as Executive Director of the National Economic Council and in the Office of the Secretary for the U.S. Department of Labor.

Mr. Warren is a graduate of Yale University and Balliol College, University of Oxford, where he was a Rhodes Scholar. He currently serves on the Yale School of Management’s Board of Advisors and on the Yale President’s Council for International Activities.