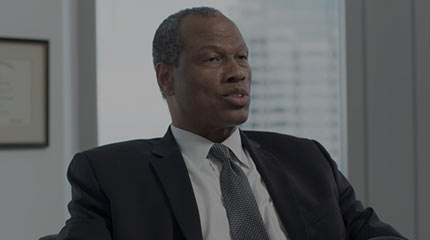 Driven by community and an innate need to address injustice, Egbert Perry effectively revitalized one of the most dangerous neighborhoods in downtown Atlanta and changed the landscape of housing in modern America forever.

Being a native of Antigua – and growing up as the ninth of eleven children – gave Egbert a sense of belonging that he wanted everyone to experience. Drawing on this unique upbringing is ultimately what inspired him to pioneer the concept of mixed income communities. Though some were skeptical that his ideas could take shape, his vision for affordable housing is now the blueprint for community restoration across the country.

When Egbert settled in Atlanta, the downtown area was struggling. Many of its residents had been forgotten and abandoned by the system that built skywalks that separated the ‘haves’ from the ‘haves-not’. Where others saw poverty, blight, and dilapidated housing projects, Egbert saw potential. His vision was to build a community that people not only needed, but wanted to take part in and be proud of.

728 units and more than 20 years later, Centennial Place is the prototype for transforming severely distressed housing into thriving communities. With a balance of market rate renters, cost burdened residents, and outright owners, it is a vibrant and thriving community with a school, early child development center, and amenities like health and wellness centers. Egbert’s holistic approach inspired developers across the country to replicate its success with similar projects, kicking off a renaissance that affordable urban communities had not seen in almost a century. 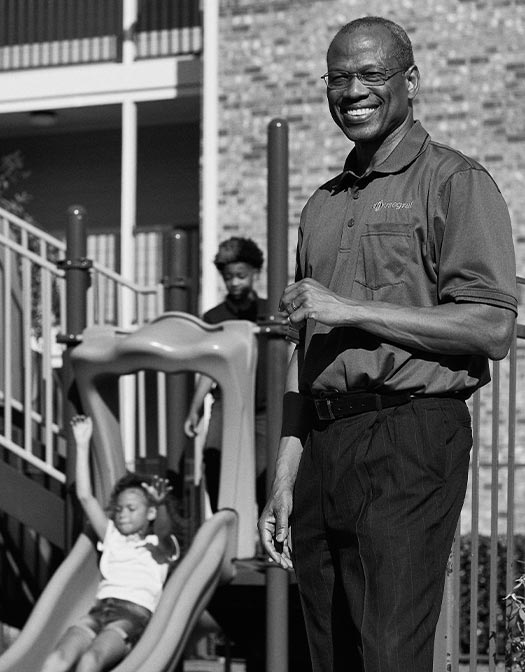 Egbert’s accomplishments extend far beyond just one groundbreaking development. At 25, he grew a small Atlanta real estate company into the third largest African-American owned business in the US. As Chairman and CEO of The Integral Group, he has developed seniors housing facilities, luxury real estate ventures, large-scale commercial properties, and scores of affordable housing, growing the organization from one office in Atlanta to five offices nationwide. The company now has more than fifty developments in its portfolio, all aimed at providing meaningful housing for its residents. He is nationally recognized as an innovator in urban development and revitalization efforts, which has led to Board seats at the University of Pennsylvania, Atlanta Business League, National Center for Civil, and Human Rights, as well as Board Chairmanships at Fannie Mae, Penn Institute for Urban Research and the Centennial Academy.

Egbert’s journey shows us that one man can not only achieve the American dream, but make it a possibility for thousands of others. It’s a testament that with passion, smart planning, and true partners, anything is possible.

You've heard the saying it takes a village to raise a child. Well, I grew up in one of those villages. In the Antigua of my youth, everybody looked out for each other, independent of income or economic circumstances.